There is a page named "Beasts" on this wiki. See also the other search results found.

About 40 results for "Beasts" 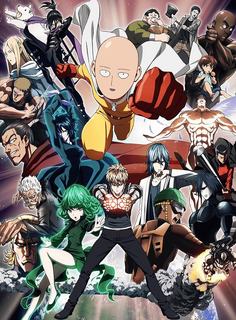 What would you do if you had the overwhelming ability to defeat any foe with one punch? Become a super hero of course! That's what our main character Saitama did, and him along with his (unwanted) sidekick Genos defend the…