The Spider Dimension is a location found only in the Haunted house in the form of a portal. It opens up at random, and you can tell its open when the giant hole on the right side of the house looks like its blending in a little. Upon entering the portal, you are greeted to multiple red eyes and cobwebs, along with a few cooking pots that contain strange potions. (P.S. you can find Beasts in these pots.)

Traveling deeper into the cave-like area, more spiders and cobwebs appear, until you reach the very end, where you are greeted with a giant spider, (most likely responsible for the other spiders being here, also no, it won't hurt you, it's just there for display/show.) with a million smaller spiders surrounding it. 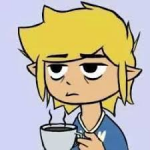